A yulife Story: Beth from BrighterBox

Many of us want to improve our wellbeing. But knowing how to do it - and where to start - can sometimes be difficult. That was certainly the case for Beth Sutton, who works for the London-based recruitment start-up BrighterBox.

"I used to watch fitness Youtubers but found them quite intimidating," she explains, "so I ended up watching them from bed and not actually following their workout routines". And really, who can blame her? Looking at super athletic fitness stars when you're just getting started can put a lot of pressure on you. 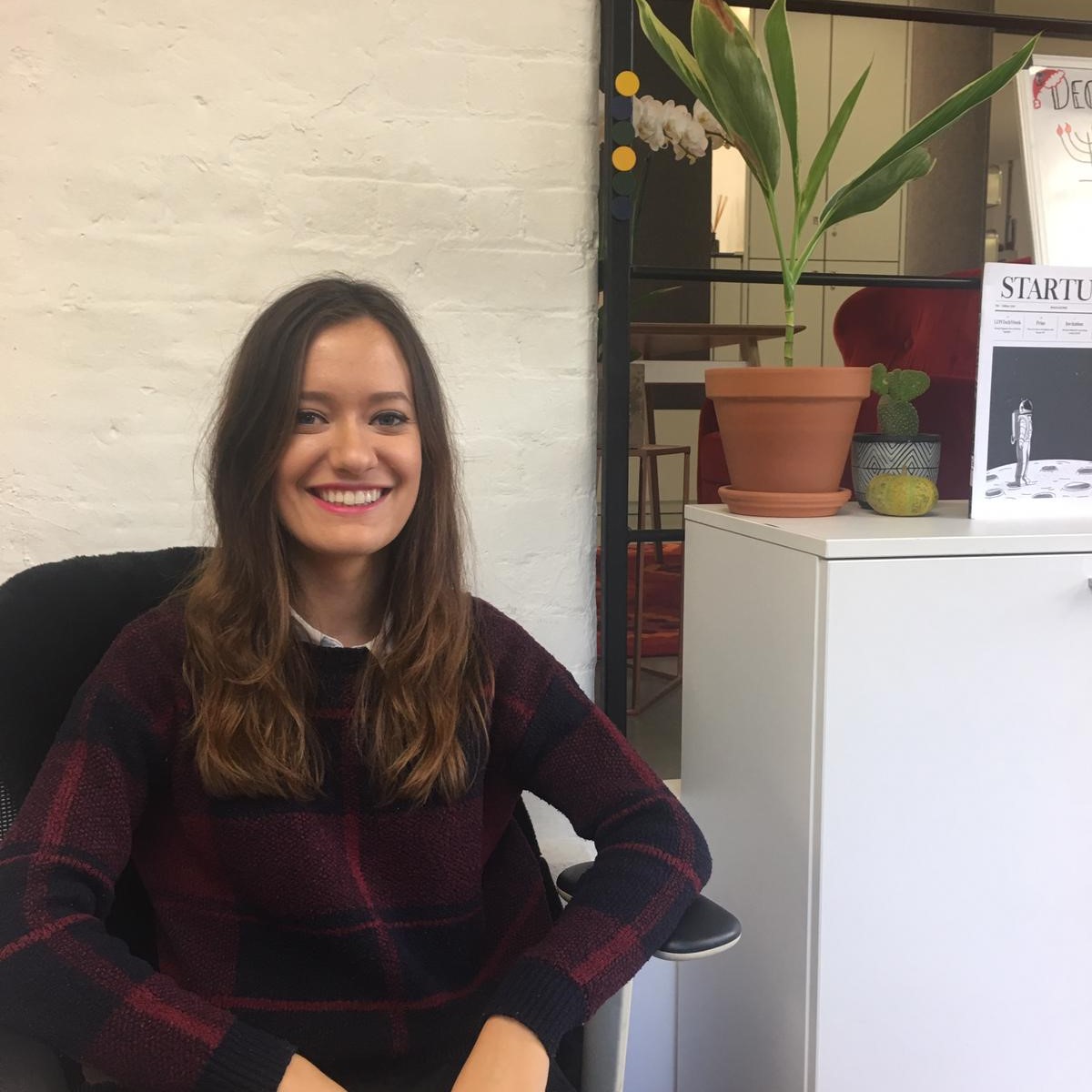 So when her employers at BrighterBox bought yulife for their team, Beth started using the app to improve her wellbeing through simple steps. "I live within walking distance from the office, so the 30-minute walking quest on the app fits in really well," Beth tells us, "I take it on my way to work every day".

Walking to work is a great way to add more steps to your step count and get moving, especially when you're living a relatively stationary lifestyle. For Beth, a great motivator is yucoin: "Because of yulife I make the effort to walk to work no matter what. I want to get as many yucoin as I can".

But it's not just that. The office leaderboard is another feature Beth finds motivating. "I didn't realise how competitive I was, but now we have the leaderboard, I enjoy trying to be number one and competing with my workmates," she says.

In fact, the yulife leaderboard made the office culture at BrighterBox healthier. According to Beth, now when she has a catch-up with her managers or a meeting with another colleague, they try to make it a walking meeting. "We think, 'we may as well get some extra yucoin' and just walk while we talk," she laughs.

Beth used other fitness apps before, and particularly Google Fit. Even though she thought they were nice, they weren't as encouraging as yulife. "Google Fit has a set goal of 10,000 steps, which is helpful, but that means that when I reach that goal I feel like I can rest now," she elaborates, "but yulife, on the other hand, tunes to your progress. It doesn't stop when you hit 10,000 steps, so I can go above 10,000 steps and be rewarded still".

After getting yulife, Beth is more aware of her mental wellbeing as well. She downloaded Calm, and even though she feels she can still do better on that front, she feels like she got the boost she needed from yulife to start her mental wellbeing journey. "My friends and I used one of the stories on Calm to nap before a night out," Beth recalls. "at first we thought it was a bit weird but we all had a lovely sleep in the end".

"The yulife app is built like a game, with levels, quests and a game-like design, which reminds me of apps like Duolingo," Beth tells us why she likes using it so much. "I'm not a gamer, I don't have any games on my phone, but this app feels like a healthy, more sophisticated version of Pokémon Go that even non-gamers like me can use and enjoy. I like to see my coins build up and feel yucoin rich".

Wellbeing at the forefront

"yulife reminds me to be physically active and brings it back into my consciousness," Beth sums up. "I feel like the app encourages wellbeing in my workplace generally. I feel like we're improving our teamwork and the competition encourages us to do better, which makes yulife such a strong app. We even take team challenges together and have a lot of fun with it".

"One time we did a walking challenge together and it ended up with one of us running at the front. The others caught up at a traffic light so we were running on the spot trying to get some more steps in. Then we realised we were standing right in front of a Costa, looking completely mad to all the people watching from the window. At the end of the challenge, we noticed that the guy who ran the most didn't actually win the challenge, but we did. Now we're always trying to find ways to find the best yulife tactics to be the most 'yucoin effective'".

yulife isn't just about mental and physical wellbeing, it's also about financial wellbeing. "Well, let's just say I'm not great at finances," Beth says. "But with yulife I get the benefits of life insurance now, and not just when I'm dead," she laughs. "Before yulife, insurance was just something my mum was nagging me about. Now I'm more aware of it".

Supporting your health with love

But as new apps do, sometimes users can experience problems. "The customer support team are just brilliant! One time one of my colleagues had an issue with the app so she messaged the yucrew on their website. Their responses were so helpful but funny that we all sent them messages just to see what GIFs they were going to send back. We were saying 'that's exactly the type of customer support we want to see for everything'".

"Overall, my experience with yulife has been amazing. I feel like it's improved our wellbeing at the office and outside of it. I would highly recommend yulife to a company that wants to take care of their people".

Read more posts by this author

A yulife Story: Welcome Aboard

In order to make sure we take care of your wellbeing in the best way possible, we wanted to involve the experts.

Deliciously Ella Presents: The Wellbeing Trends Your Team Will Follow in 2019

Together with Ella, yulife will be working to help companies and their people live their best lives.